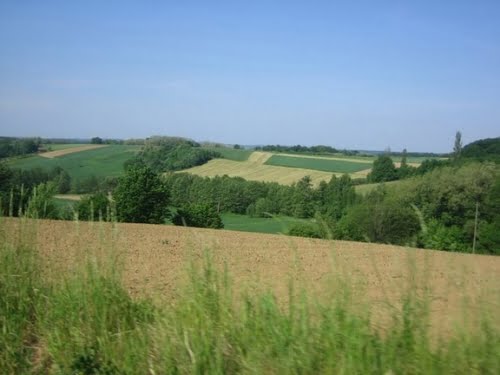 Bilogora (Bilo-gora, Bilo-gorje) is a low-spread highland in northern Croatia. It consists of a series of mounds and hills, and short, low throbs of bumps and heads, which stretch along the southwestern edge of Podravina from the northwest to the southeast, about 80 km long, with the highest forested peak at 309 m – Stankov vrh.

Between Bedenik and Črešnjevica it is 16 to 18 km wide, while in the western part, between the streams Dubravka and Koprivnica, it is about 45 km wide. If the 7 km wide Ivanić mound is not included, on the east wing from Bastaj to Virovitica it is about 24 km wide.

Northeast Bias is steeper than the southwestern. In the west, the 186 m high Lepavina passage extends to Kalnik, and in the east, the 270 m high Đulovac passage extends to Papuk. Within these boundaries, Bilogorje is 1700 km2 and is second in spatial scope in northern Croatia.

By its altitude, Bilogora is the lowest, but with its spaciousness, it is one of our greatest gorges. Though geographically it is a mound, because of its position in the middle of the spacious plain it is quite noticeable. Its relief is very clean-shaped. It is clearly pronounced, it’s tread slides down to the south side, and slightly steeply to the north. It is a dividing line between Sava’s and Drava’s river basins and divides the Bilogora Podravina from the Lonja-Čazma basin. In the south of Bilogora, its pristine lands descend down all the way to the hills of Moslavina.