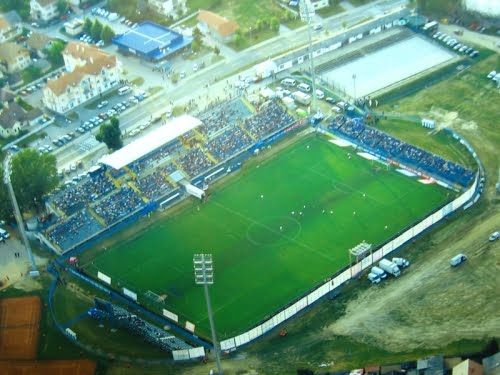 The current stands of the Town Stadium were completed in 2007. The west stand can accommodate 3200 visitors. In the period between 2007 and 2009 the VIP lounge with 120 seats, a TV studio, lighting for the main field, a training field with artificial grass and lighting, video surveillance of the stadium and more were added. In 2012, the whole length of the stadium was covered, hence the stadium now has 1300 covered seats, and modern premises for the press were built (office and press conference room). The construction of the east stand is in plans so that the Town Stadium would receive 5.200 spectators, and so is a football school camp near the swimming pools and Cerine complex.