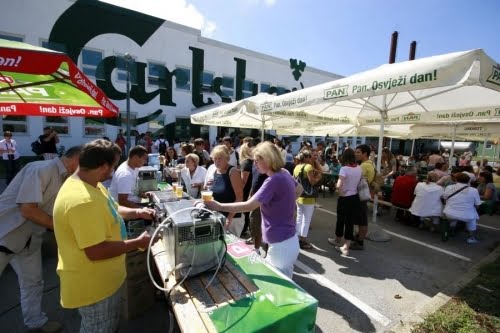 The brewery in Koprivnica, which is a part of the Danish Carlsberg group, is the most modern and most ecologically advanced one in Croatia and combines strong business with active socially responsible business.

In 2007 it became part of the Carlsberg South East Europe region. Since 2008 it has been responsible for the development of the Hungarian and Slovenian markets.

The Carlsberg Brewery Day is held as part of the Renaissance Festival. The full day programme includes organized tours of the brewery’s facilities with the expert guidance of master brewers of Carlsberg Croatia with a snack and Pan beer for refreshment. After a visit to the brewery, transport to Koprivnica earth fortifications is ensured, where socialising and entertainment continue along with a rich programme of the Renaissance Festival.